....inducted as Fellow of the Prestigious IAFoST

by Admin
in Foreign
0

Sanni shone like galaxy of stars at the World Congress projecting FUNAAB and the Continent to the enviable pedestal of global visibility as the only qualified Scientist from an African Institution. 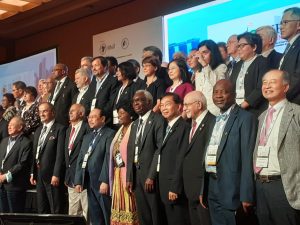 Better still, the former Dean of College of Food Science and Human Ecology (COLFHEC), FUNAAB, in addition to his induction also carved an historical niche of being among the newly 13th class of Outstanding Food Scientists in the world, comprising 27 Scientists from 20 countries.

U.S. Decries Use Of Cryptocurrency To Sell Illicit Drugs, Contrabands